How to Prepare Red Stag After a Hunt

With the red stag being one of the largest species of deer, a single stag can provide a significant amount of meat. Adult red stags usually range from 300 to 500 pounds, with the average weight being 440 pounds. The typical meat yield from a red stag is about 50% of their weight, so on average around 220 pounds. Of this meat, only about 54% will be high-quality cuts like tenderloins and steaks. This is still on average over 118 pounds of high-quality cuts per stag. The meat from a red stag is venison, which is lean red meat with a rich and clean taste and no gamey flavor. It is high in protein and iron but low in fat and cholesterol, making it recognized by health and fitness professionals. The meat is also extremely tender and considered some of the best tasting meat out there and a delicacy in restaurants. 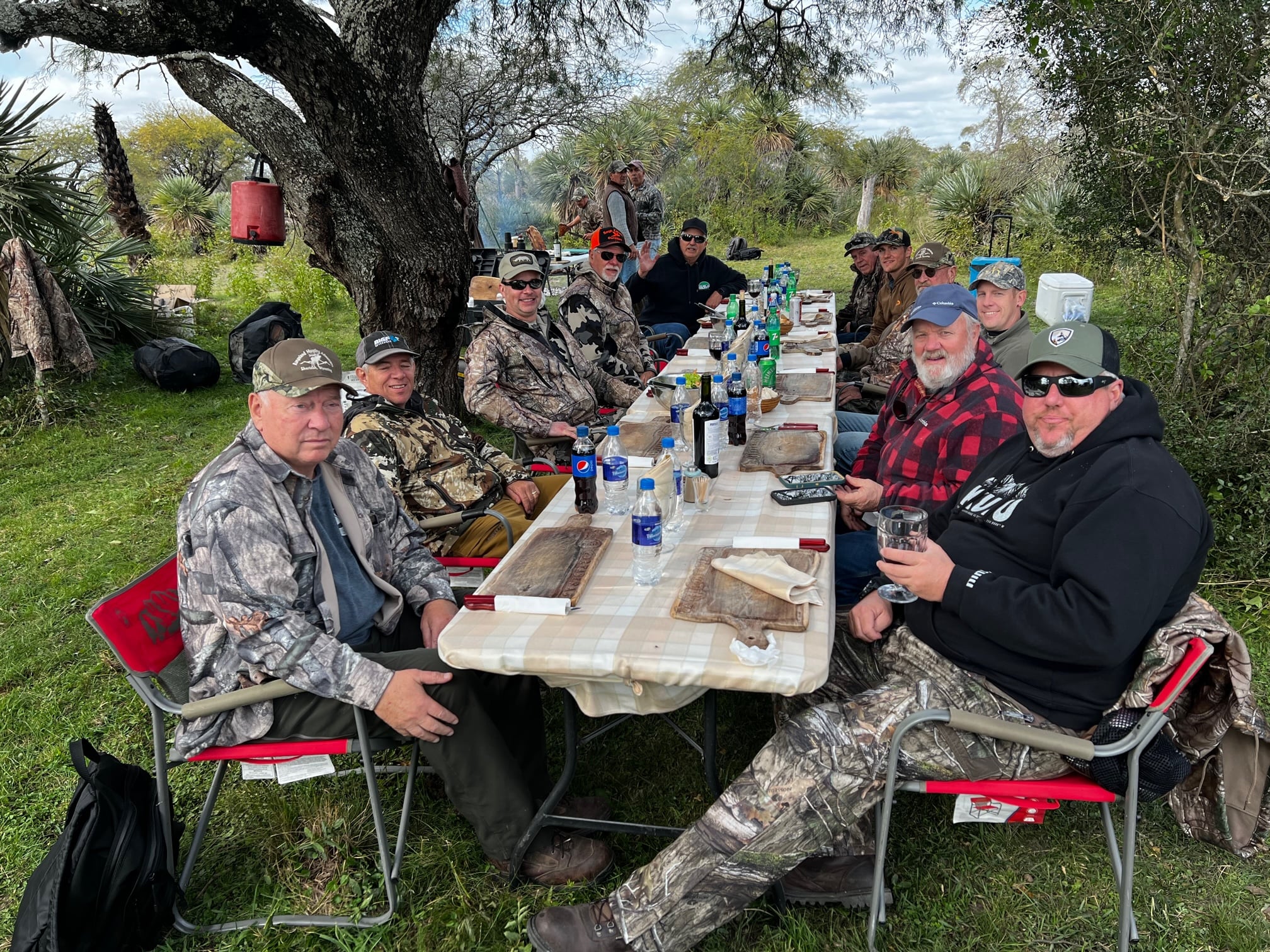 A deer should be gutted as soon as possible to help cool the meat and prevent spoiling. The deer should be gutted before skinned. To gut a red stag, begin with the animal laid on its back. The first step is to remove the rectum. Then a long incision should be made on the underside of the stag that runs all the way up to the neck. The cut should only be deep enough to go through the hide and stomach muscles without puncturing any of the intestines. Now you are able to cut off that fat that attaches the intestines located in the abdominal cavity and saw through the pelvis to make room for the passage of the lower intestine. Cut through the sternum and remove the diaphragm. Lastly, locate the esophagus and windpipe above the heart and make an incision to remove the heart and lungs from the chest cavity. The heart and liver can be saved to cook later.

To begin the skinning process it will be easiest to hang the deer up. First remove each hoof with a knife at the elbow joint. Then begin cutting through the skin, working your way down, starting with the head, then the neck, then the breastbone, then the stomach, pelvis, and forelegs. Be careful to only cut skin deep and not cut into the tissue and muscles. Then, once again from the top down, pull off the skin. If there are areas where the skin is still stuck, use a knife to loosen it and avoid tearing. Now you will need to remove the head. Lastly, rinse the skinned red stag with water to get rid of any loose fur that may be left behind.

Hang, Age, and Cool the Meat

To avoid the meat becoming tough when the muscles stiffen in the first 24 hours during rigor mortis, you should hang the stag for at least 2 to 4 days before starting the butchering process. Hanging the deer also allows the meat to cool and age which makes it more tender and flavorful. Ideally, the meat should age around 5 to 8 days, but this is dependent on the temperature conditions. Temperature of the meat is very important so it does not rot or freeze. The ideal meat temperature during this phase is 34 to 37 degrees Fahrenheit, which it would be in the case that you have a walk-in cooler. If you are hanging the red stag outside, use a thermometer to ensure the meat's temperature is in the right range. If the temperature is slightly higher at 40 to 45 degrees,  the collagen will break down faster so the hanging time should decrease. If the meat’s temperature is getting to be in the upper 40’s outside, it should only be left to hang during the first 24 hours then prepared for the freezer. The meat should not be hung outside if its temperature is falling below 34 degrees because if it freezes it will not stay tender.

Break Down and Store the Meat

For the process of breaking down the meat make sure you have a large flat surface to work on and a sharp and clean knife or meat cleaver. You will begin by cutting through the spine at the point where the rib cage and the backbone meet. This will separate the chuck meat from the round. Then you should remove the tenderloins found on the inside of the backbone and backstraps found on the outside of the backbone. Many consider these cuts to be the best pieces of meat on the deer. Now you will saw through the ribs near the point where they meet the spine. Then, remove the meat from the neck and shoulders. Lastly, remove the hams from above the joint. Before freezing the meat you should trim any fat, cartilage, or discoloration off with a knife. Then, make the cuts for steaks and grind the meat for sausages or into cubes for stew meat. Finally, portion the meat out and place it in plastic freezer bags labeled with the date. 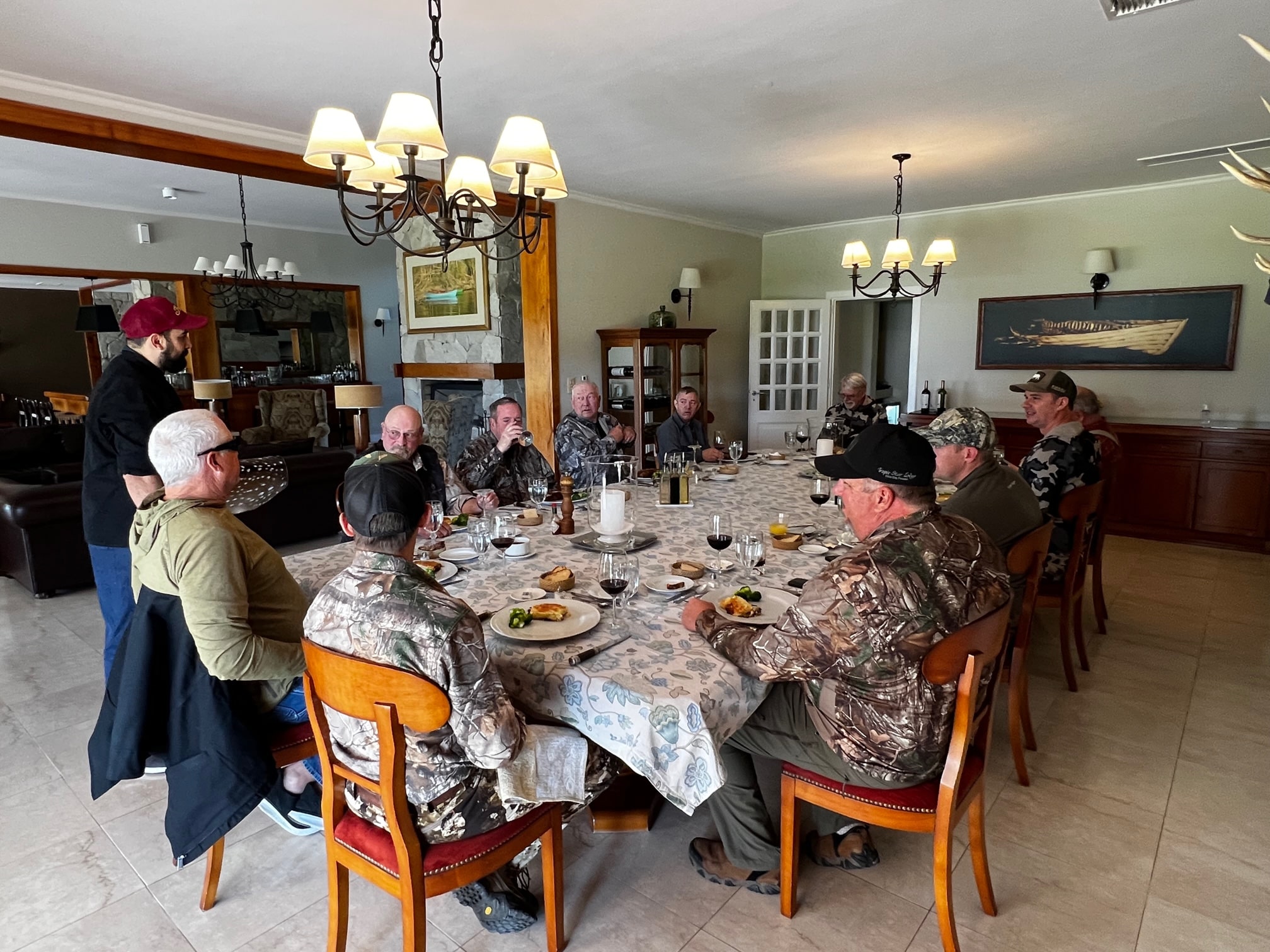 There are so many ways the venison from a red stag can be enjoyed. The tenderloins and backstraps make for the best steaks. Steaks can be cooked in several ways including oven roasted, grilled, or pan-seared. Even the lesser quality meat like the meat from the neck and shoulders should not go to waste as it is good for grinding and using for sausages or stews. The ribs can be cooked and eaten with your favorite sauce or dry rub. The hams can be used as a roast. The bottom round is great for jerky. If you chose to save the heart and liver, they are most commonly pan-fried.

Try it for Yourself!

Your red stag hunting trip awaits with South American Adventure Safaris. Argentina is one of the best places in the world to hunt red stag and SAAS will set you up with the very best hunting spots in the country. Book your hunt today to try the delicious red stag venison first hand. There is nothing better tasting or more fresh than a red stag you hunted yourself!

INFO AND PRICING
Posted in About Hunting in Argentina, Uncategorized and tagged hunt, red